Proceed to cart
Customer support:support@ledgrowshop.eu
Prices in:
Login
Home / GROW MAGAZINE / The Use of LED Lighting in Cannabis Cultivation: A Technology with a Bright Future 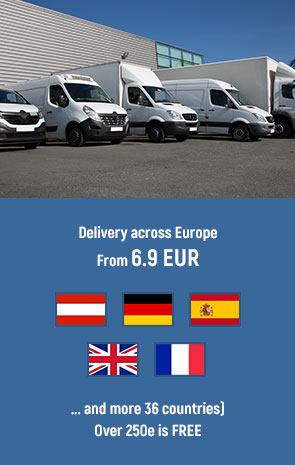 The Use of LED Lighting in Cannabis Cultivation: A Technology with a Bright Future

LED technology, based on the emission of high-performance, low-consumption light, has revolutionised indoor cultivation. In the United States there have been subsidies and grants issued for their installation, and NASA has even performed tests to use this type of lighting to grow vegetables and plants in space. The latest advances in this technology augur a brilliant future. Cannabis growers, however, have not reached a consensus with regard to its advantages.

LED technology has been the last to reach the lighting market. Its high-performance and energy savings have made this type of lighting a favourite for both domestic and industrial consumption. In addition to these uses, this type of lighting has also revolutionised the field of horticulture, thanks to its productive superiority and the broad light spectrum that it emits, which makes it ideal to maximise plant growth.

The useful life of an LED bulb is up to 30 times that of an incandescent one, 25 times that of a halogen, and 30 times that of a fluorescent tube. These numbers have spurred the US Government, through its energy commercialisation companies, to promote their use through subsidies and grants, while NASA is even experimenting with LED lighting to grow plants in space.

Even so, some cannabis producers are reticent to use them, running that they do not produce the same yields or quality as high-pressure sodium lights do, for example. Experiments have not confirmed this contention, however, and the experts say that it is only a question of time before LED lighting sweeps the cannabis world.

What does LED technology consist of?

LED stands for “Light Emitting Diode,” which means that  there is an electronic component with two terminals permitting the flow of an electrical current in just one direction for the emission of light.

For their operation LEDs require four basic components. First, the semiconducting material for light emission that, mounted on a reflecting chip, determines the colour of the light. Next, conductive posts, called “cathode” and “anode,” and the conductive cable through which the poles are joined. And, finally, the lens that protects the LED's emitting material.

Thus, when electricity courses through the through diode, the atoms store a great amount of energy, which they need to release. When doing so, the electrons reach the reflecting chip and generate light. Since this technology was used for the first time in 1962, research has steadily advanced to perfect it. It began as low-intensity red light, and today is available in a broad spectrum: infrareds, ultraviolets, or the visible range, in different colours.

The energy efficiency of LED lights has been demonstrated

As stated, LED offers excellent results in terms of energy productivity, a fact that has been demonstrated by the company Evergrow Northwest, dedicated to the  legal cultivation of cannabis in Olympia, Washington. Its founder, Rodger Rutter, a retired pilot dedicated to the cannabis business since its legalisation in the US state in 2012, set up some 100 cannabis plants with 40 LED lights in a building near the city's airport.

“We wanted to find a way to save energy”, explained Rutter. This experiment, subsidised by a local power company, sought to demonstrate the value of LEDs in achieving strong results from cannabis harvests. “We wanted to offer the best product at the best price”, said Rutter.

Although LEDs can be considered expensive compared to high-pressure sodium lamps (traditionally used to grow cannabis), Rutter insists that they are cost-effective in the long term. Not only do they consume less energy, and last longer, but also operate at lower temperatures, such that users can save on air conditioning. “It’s a snowball effect”, argues Rutter.

For the purpose of studying what technology was best for cannabis cultivation, Rutter also installed, in an adjacent room, crops illuminated by high-pressure sodium lamps. The results: the area featuring LEDs required far less energy than those equipped with other kinds of lamps.

The cultivation and sale of cannabis, although allowed in multiple American states, continues to be a federal crime in the United States. Hence, many publicly-managed power companies are reluctant to offer subsidies and aid for the installation of these bulbs, due to the risk of legal producers using them to grow cannabis, and using public funds to do so.

In the American Northwest many energy discount programmes have been cancelled. They were financed by the Bonneville Power Administration, charged with not-for-profit energy commercialisation, and whose regulations prohibit the subsidising of cannabis operations.

NASA's horticultural use, an example for the cannabis world It has recently been disclosed that NASA astronauts used LED technology to grow vegetables and other plants. These experiments were, apparently, carried out to determine whether these lights could be used for cultivation in space, and the results have been positive.

This idea goes back to the end of 1990, when the advanced life support activities agency began to pursue this line. “Longitudinal blue and red lights are the minimum necessary to obtain good plant growth”, observed Ray Wheeler, director of the project, in an official NASA statement. “Green lights help to improve the visual perception of plants, but do not deliver as much light as the red and blue ones”, he said. He also described them as the most efficient in terms of electrical energy conversion.

These advances could be applied to cannabis crops in order to obtain greater productivity, something that cannabis growers complain about when using the most common LEDs.

There is no doubt that LED lights offer manifold advantages, such as high performance, adequate light intensity, and low temperatures, which other bulbs cannot guarantee. These qualities are also related to other very important advantages for cannabis crops, transcending the energy savings they entail.

Because they do not generate temperatures as high as other types of lighting, the thermal variation between times of light and darkness is not as intense, which protects plants from the kind of stress they normally suffer from these drastic changes. This also controls humidity, which can cause many problems in cannabis crops.

The first factor to consider when opting for LED lights is your plants' water consumption. As these lights do not generate high temperatures, you will need to reduce the amount of water you use on your crops. The temperature drop also means less evaporation. And, because your plants will require less irrigation, they are less likely to be affected by fungi and other problems that arise when plants are subjected to excessive amounts of water. You will also be able to place your crops in smaller spaces; because LEDs do not generate much heat, you can place the bulbs closer to your plants without burning them.

This reduced heat radiation also means that your cannabis will not lose its qualities with the passage of time. When exposed to high temperatures, terpenes, aromatic compounds found in plants, become more volatile. As their disappearance deprives your cannabis of its magnificent aromatic and gustative properties, anything that preserves them is welcome. LEDs are also resistant to vibrations and do not create high-intensity magnetic fields like magnetic induction technology, which can be a health hazard. The latest advances for the cannabis world

Until now there have been many experienced growers who have refused to use LEDs. Some have insisted that these bulbs do not yield results as good as traditional high-pressure sodium or metal halide bulbs. But the latest advances in horticultural lighting have given rise to more sophisticated LED bulbs, increasing interest in them. More specific and reliable diodes have been created for horticultural use, and the bulbs' useful life has been extended.

The new products are not only able to generate the necessary light intensity, but they can also deliver an ample range of colours, allowing plants to grow without wasting energy. This means that growers can use lights with different tones over the course of a plant's life: from blue and white, necessary for young plants, to lights of greater intensity, redder in colour, for the maturation period. Work is also being done to perfect the light spectrum and find what is optimal for cannabis cultivation.